Set down your *coffee* and get a load of our *fevered* pace! After only 17 months, Smithsonian's National Museum of Natural History Dept of Botany working in partnership with Smithsonian Digitization has achieved the previously unimaginable milestone of digitizing and transcribing its 1,000,000th botanical specimen!!!

Our 1 millionth specimen comes from the Rubiaceae family most notable because of the antimalarial quinine, derived from Cinchona, and the stimulant caffeine, derived from Coffea. Yep, that's right, our 1 millionth's family of plants is responsible for that cup of *joe* you just put down AND the medicine that cures *fever* inducing malaria!

This particular example of Rubiaceae, from the genus Cinchona, is responsible for curing the later, since it is a source of quinine. During World War II, after major Cinchona plantations fell to the Japanese in the Dutch East Indies, the US sent botanist teams to South America to search for the much needed antimalarial necessary for the welfare of our servicemen & women. The example pictured was collected by one such team in Peru in 1944 on behalf of the "US Govt Board of Economic Warfare".

The image below is a 100% crop showing the detail we've captured for all 1,000,000 specimens imaged so far. These 80 megapixel photographs allow us to resolve detail down to the 45 micron level... small enough to see spores on some specimens! 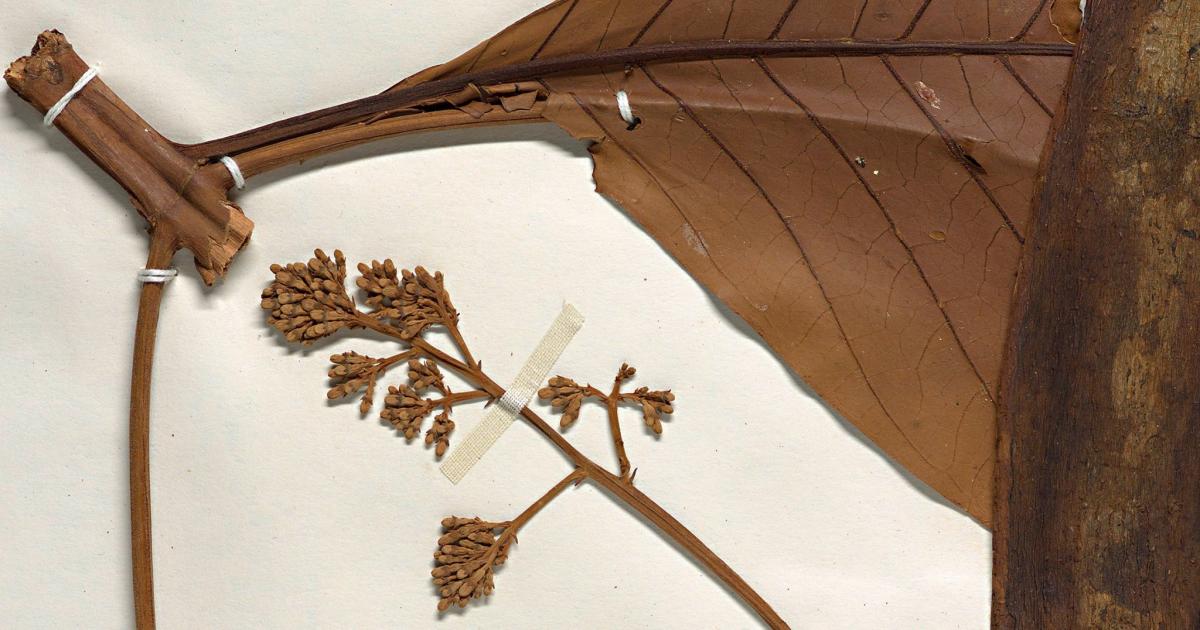