My name is Andrew Barth and since March, I have been working with Ryan Nagata, former Mythbuster Adam Savage, Tested.com, and the Smithsonian on a project to reverse-engineer and build a replica of the hatch from the Apollo 11 Command Module. The Smithsonian Digitization Program Office (DPO) 3D scanned the real hatch a few years ago and produced a solid 3D model, which I have used as a reference to re-model working parts for this project. 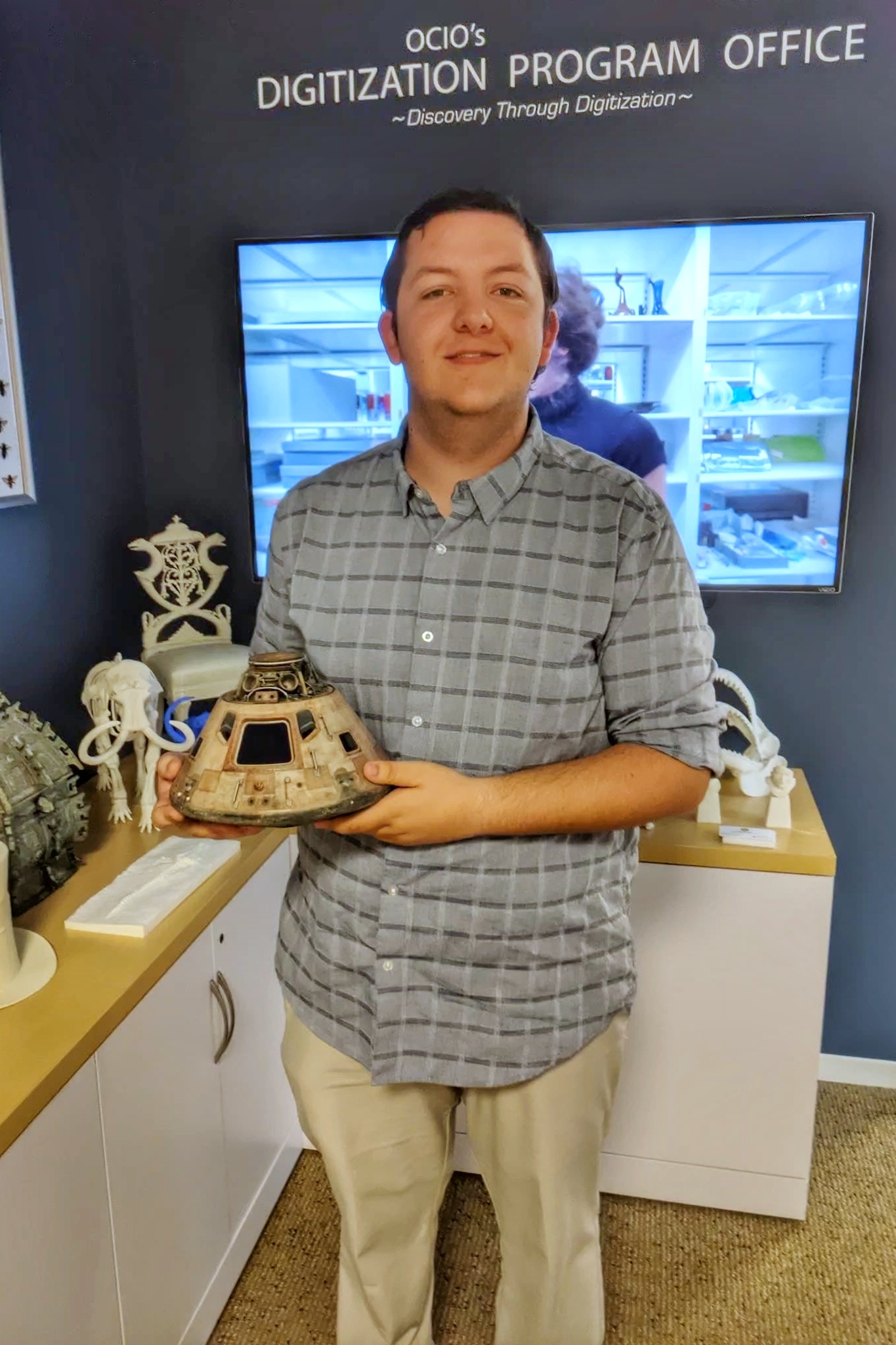 Not only are all of these models now online and free to the public (so you can build your own!), artists around the country have been making real parts and are in the process of finishing them and sending them to the National Air and Space Museum in Washington, DC, for what has been named Project Egress. During the festivities at Air and Space on July 18th, me, Adam, and Jen Schachter will be assembling a replica from those parts to be put on display.

You can find the original scan model, as well as the CAD models and drawings for Project Egress, at 3d.si.edu/apollo11cmhatch

This has been the coolest project I have ever worked on, and I owe a huge thanks to Ryan for asking me to be a part of it. As a result, makers like NYC CNC, ThisOldTony, Fran Blanche, and Jimmy Diresta are making parts for this project, as well as companies like Microsoft, Autodesk (Pier 9), and MatterHackers. I am also now interning at the Smithsonian DPO and am working with the very people who not only scanned this hatch, but also scanned the Apollo 11 “Columbia” Command Module and Neil Armstrong’s suit for Apollo at the Park (which will be online to download in July), among many other artfacts.

For those with the time and capabilities, I’d love to see some replicas or parts! If you decide to build your own hatch, or part of one, feel free to tag it with #ProjectEgress on Twitter.